NGC 7070A Lenticular Galaxy in Grus

The dust lane was first noticed in 1981 in a survey for dust lanes in ellipticals. The bizarre appearance could be considered a downscaled replica of the well known galaxy Centaurus A and has been explained by professional astronomers as a merger between an elliptical galaxy and a gas rich spiral galaxy that took place about 1 billion years ago. They also postulate that this same event generated the multiple shells that can be observed around the bright core.
It also has a companion galaxy called NGC 7070 (not visible in image), which is a barred spiral galaxy that is separated from NGC 7070A by a distance of 21 arcminutes in the sky and about 636,000 light years in space.
(Caption by Sakib Rasool)

Find the partly cropped image in 30/90% size below and at bottom an inverted stretched version in 60% size of the center part. 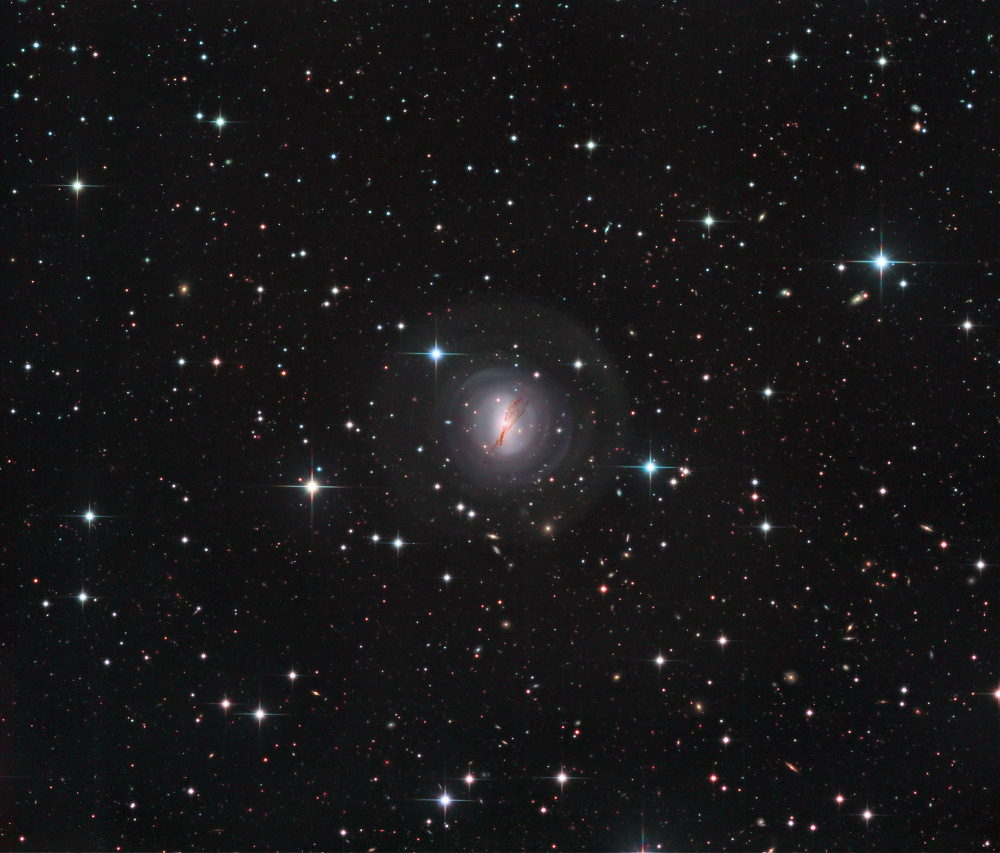 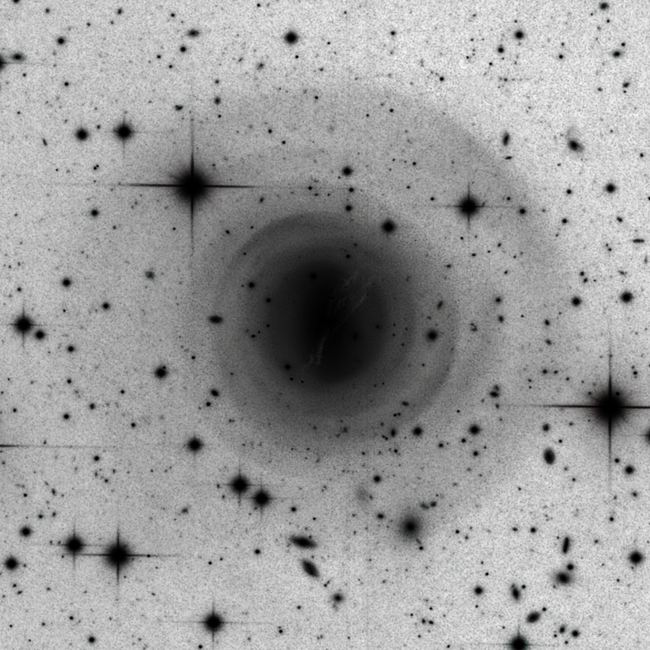