At a nearby distance of 12 million light years, NGC 5253 is a relatively obscure starburst dwarf galaxy with a large and dramatic ionized outflow of hydrogen similar to the ones observed in the more well known northern galaxies M82 and NGC 1569. Belonging to the category of blue compact dwarf, NGC 5253 is a well studied galaxy located in the Centaurus A/M83 group of galaxies. Not only is it one of the closest starburst galaxies, it is also one of the youngest with the starburst having an age of 20 million years.

The ionized outflow consists of overlapping bubbles and filaments and is ionized by one of a few dozen super star clusters situated in the centre. The nucleus of NGC 5253 contains a large population of 200-1000 O-type stars as well as many Wolf Rayet stars. The core also hosts a large population of hundreds of clusters. The ionized outflow is referred to as the 'radio nebula' or the 'supernebula' or the 'radio supernebula' by some astronomers.

Other examples of starburst dwarf galaxies include NGC 4861, NGC 5408, IC 4662 and IC 10. Ionized outflows are present in other galaxies including M106, NGC 1275, NGC 3077 and NGC 4696. NGC 5253 also exhibits a complex morphology in neutral hydrogen consisting of multiple shells and bubbles as well as a plume. Faint hints of an optical tidal plume structure can be seen towards the north.

Despite being the central attraction of this image, NGC 5253 is surrounded by a retinue of many interesting background galaxies that are located at a further distance. They include the low surface brightness spiral galaxy ESO 445-7 below and to the left. On the opposite side is the face on spiral 2MASX J13392085-3140397, which exhibits outer low surface brightness spiral arms.
(Description by Sakib Rasool)

Find the full HaLRGB image in 30/80% size and a cropped pure LRGB image in 100% size below showing the dust filaments and individual stars just resolved. 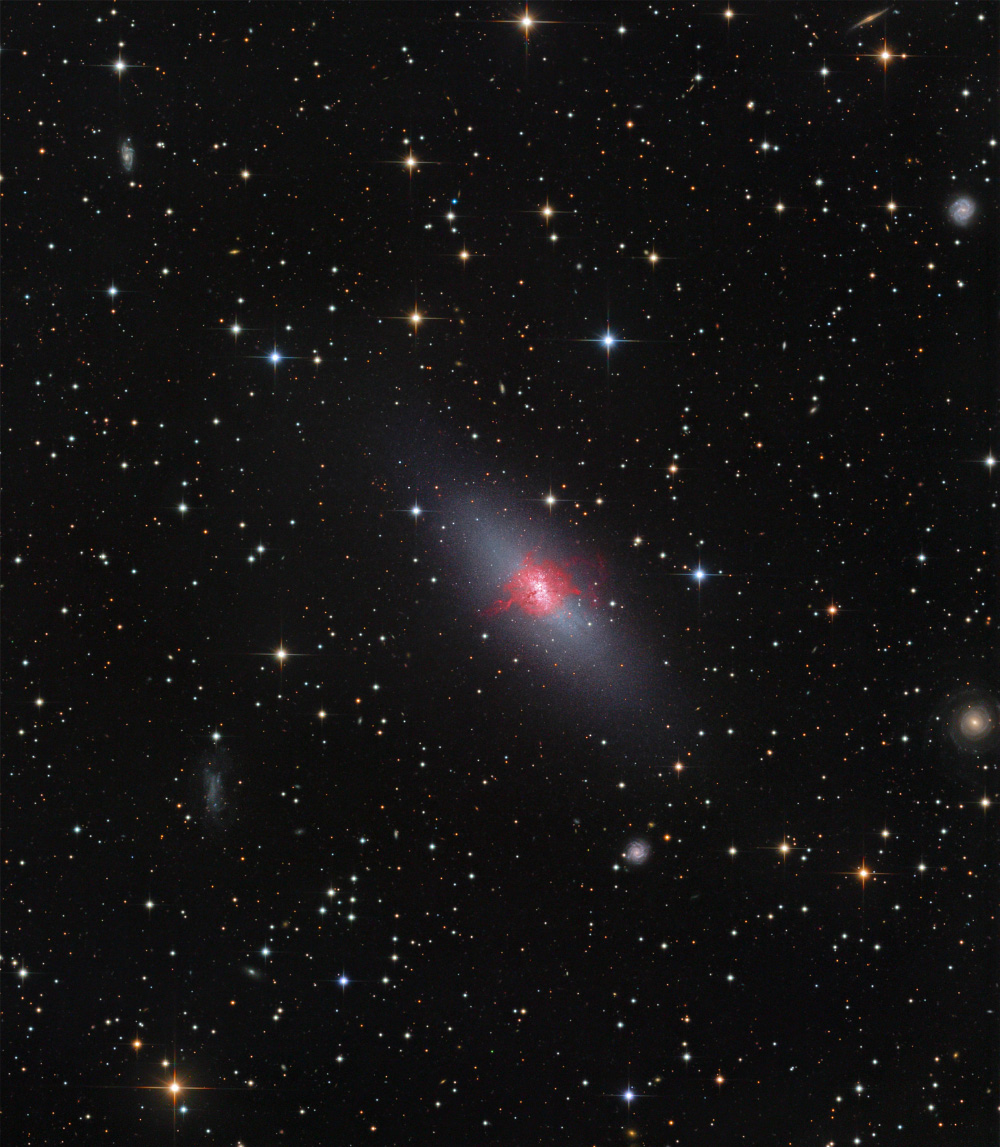 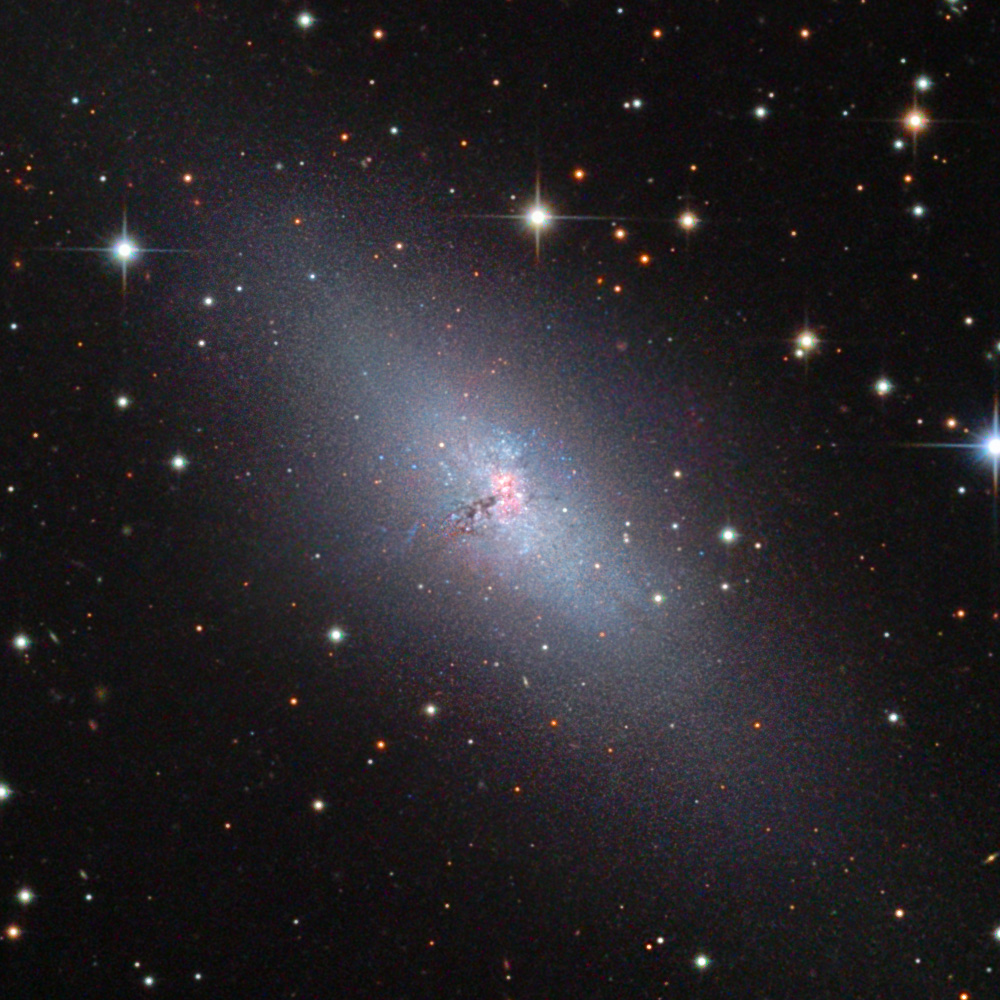