M60 is the third-brightest giant elliptical galaxy of the Virgo cluster of galaxies, and is the dominant member of a subcluster of four galaxies, which is the closest-known isolated compact group of galaxies. M60 has several satellite galaxies visible as diffuse blobs around the main galaxy. M60 is situated in 55 million light-years distance.

In the upper left corner the two galaxies - elliptical NGC4667 and spiral NGC4637 are situated. 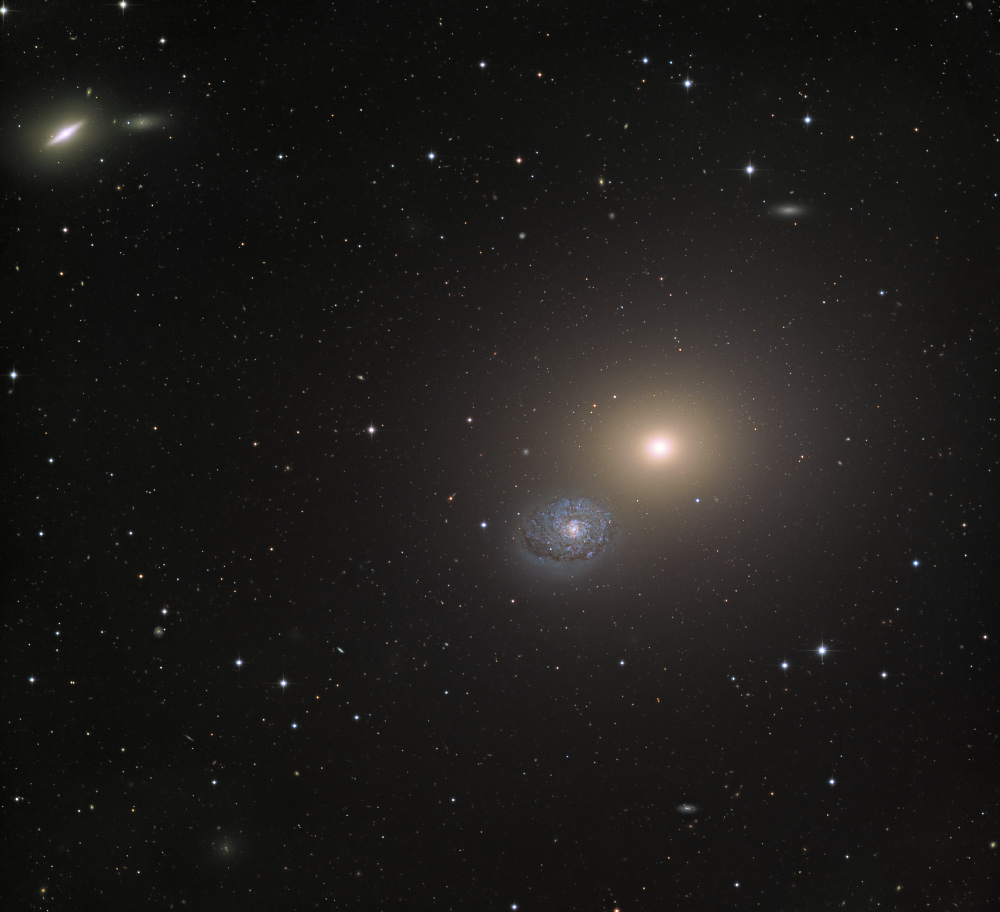 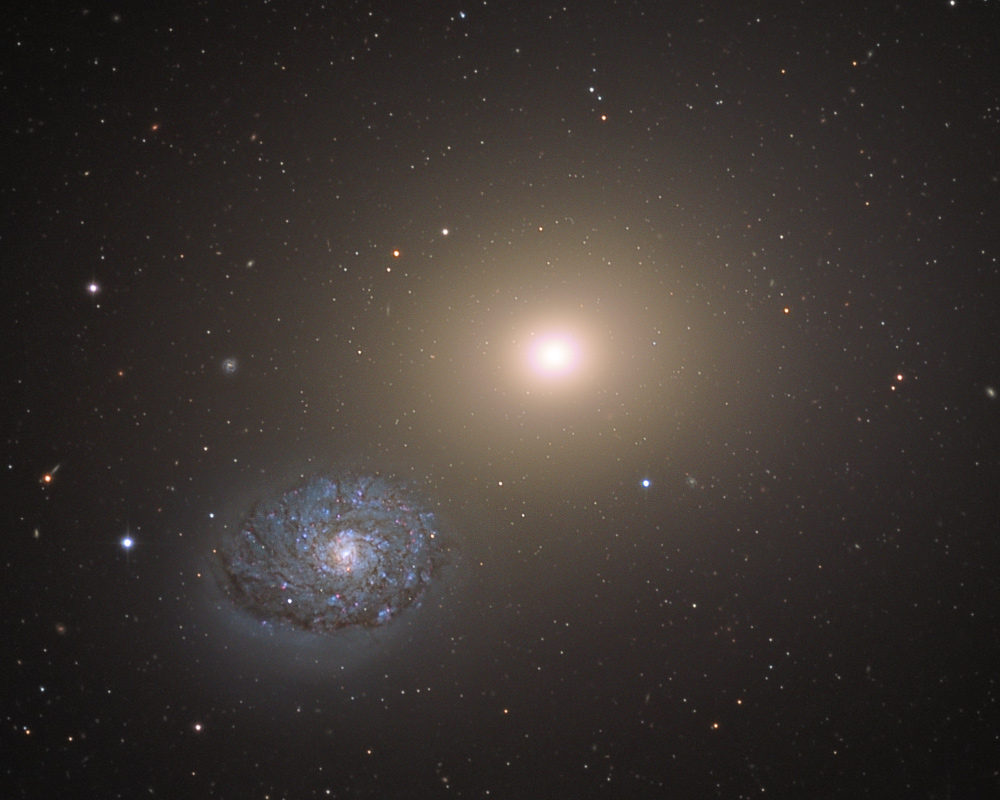