Mz 3 (Menzel 3) is a young bipolar planetary nebula in the constellation Norma situated at a distance of 8000 light years. It is composed of a bright core and four distinct high-velocity outflows that have been named lobes, columns, rays, and chakram. The complex system is composed of three pairs of bipolar lobes and an equatorial ellipse. Its lobes all share the same axis of symmetry but each have very different morphologies and opening angles. It is an unusual PN in a shape of an ant, that it is believed, by some researchers, to contain a symbiotic binary at its center. 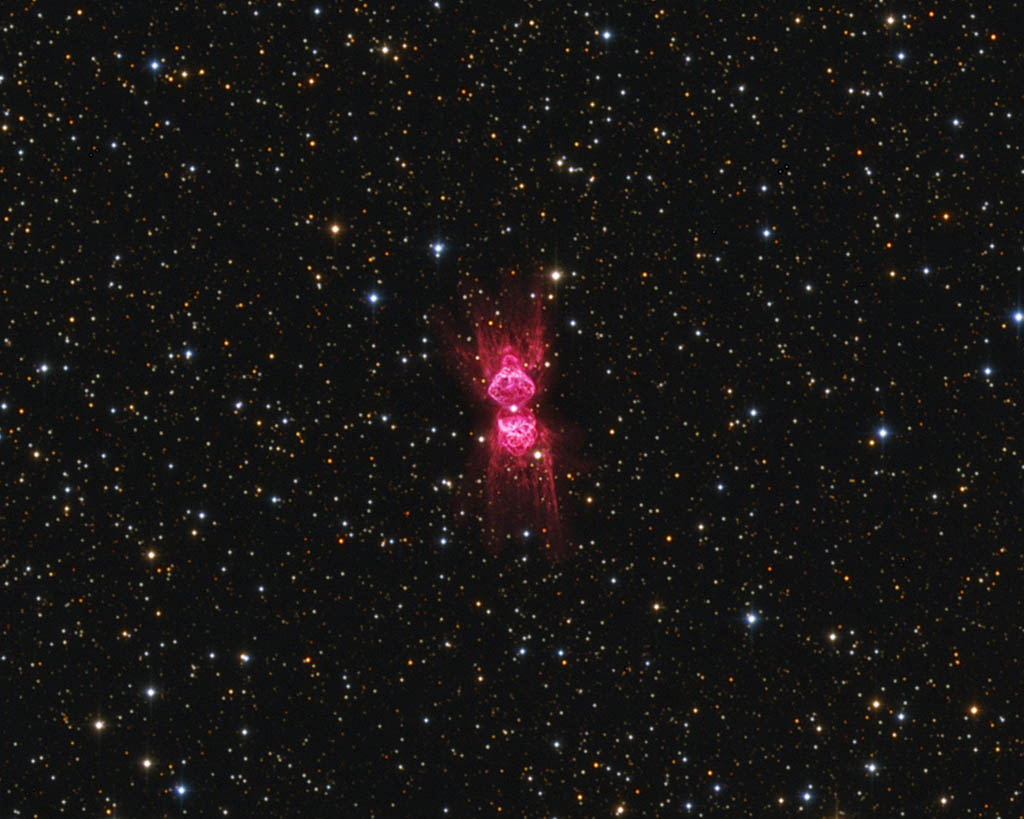