NGC 7814 (also known as Caldwell 43) is a spiral galaxy about 40 million light-years away in the constellation Pegasus.
The galaxy is seen edge-on from Earth. It is sometimes referred to as "the little sombrero", a miniature version of Messier 104.
NGC 7814 has a bright central bulge and a bright halo of glowing gas extending outwards into space.
The dusty spiral arms appear as dark streaks, consisting of dusty material that absorbs and blocks light from the galactic core behind it.

Find a Hubble image of the central part of NGC 7814 here.

In the inverted image at bottom 2 dwarf galaxies can be identified, both already published from the team of David Delgado here. 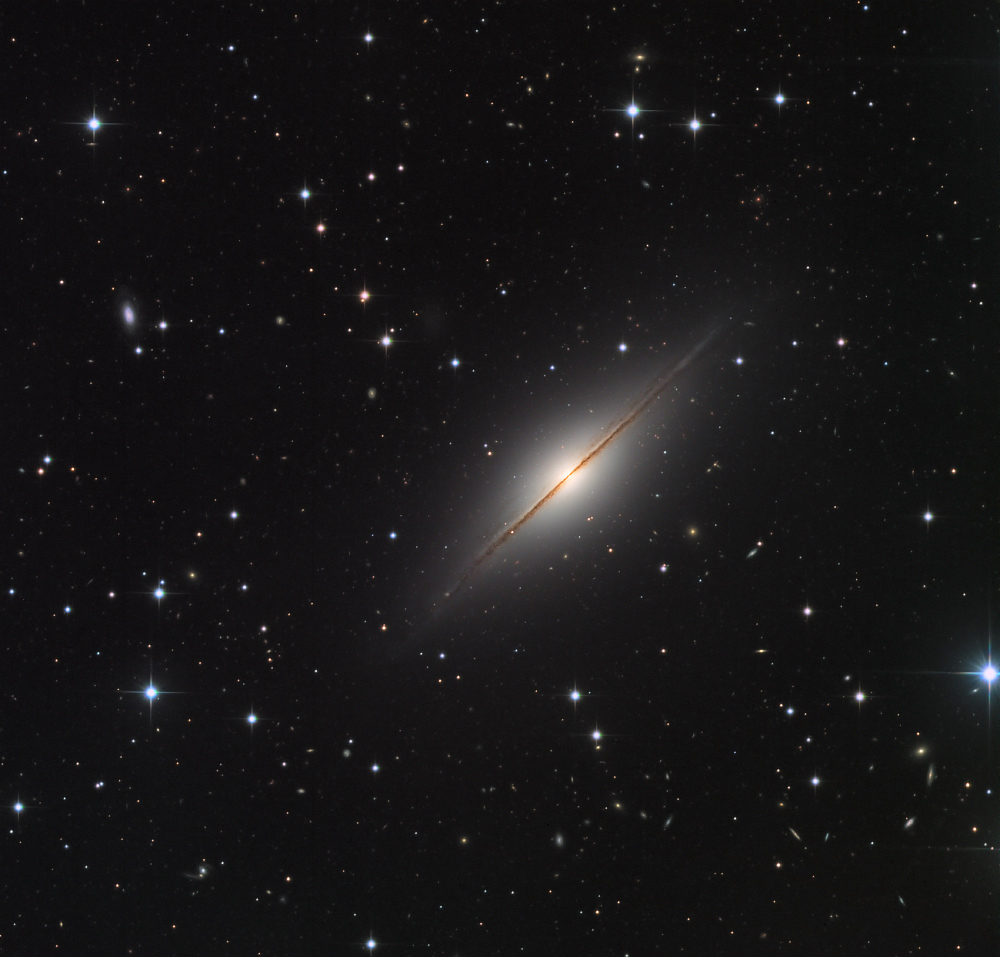 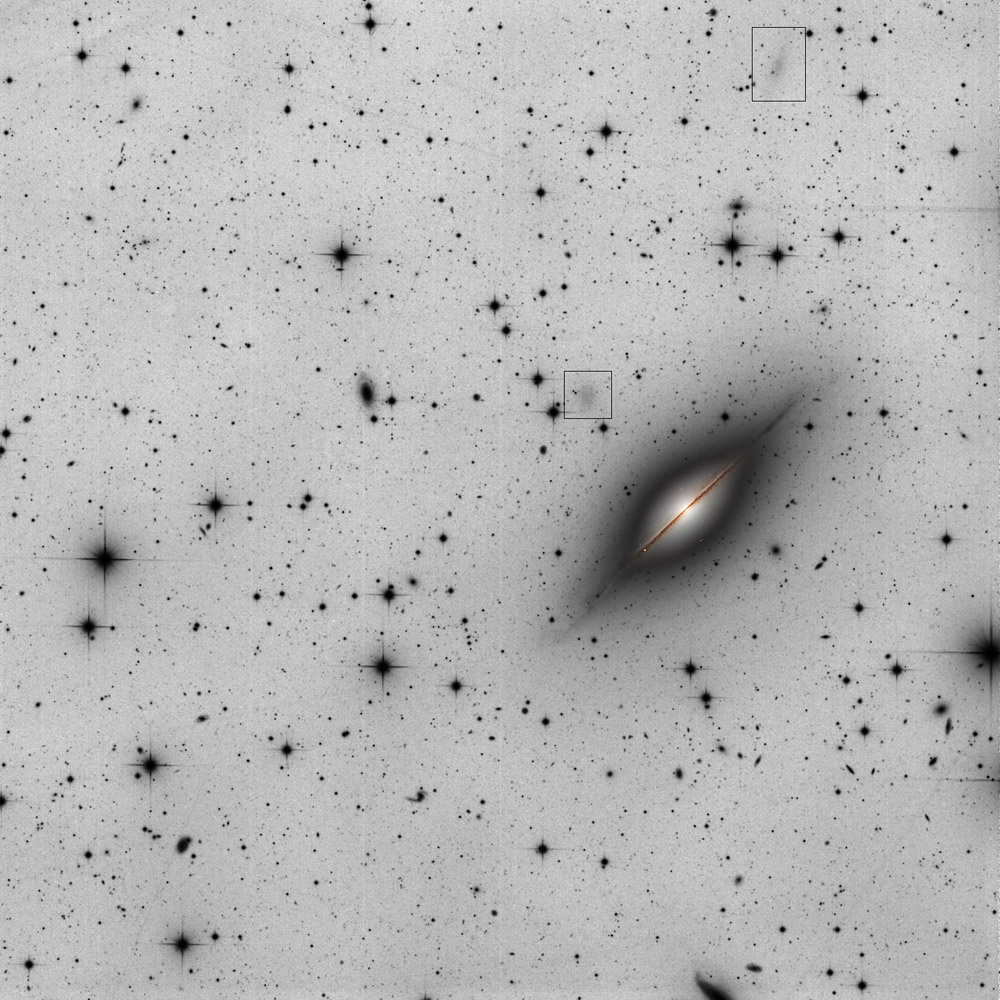