NGC 1512 is a barred spiral galaxy approximately 38 million light-years away from Earth in the constellation Horologium. It is a member of the Dorado Group. Its appearance is faint but extended with a single distorted arm winding around the galaxy. The galaxy spans 70 000 light years, nearly as much as our own Milky Way galaxy.

The galaxy's core is unique for its stunning 2400 light year wide circle of infant star clusters, called a 'circumnuclear' starburst ring. Starbursts are episodes of vigorous formation of new stars and are found in a variety of galaxy Environments. NGC 1512 is interacting with the close elliptical  companion galaxy NGC 1510, visible in some distortions of the spiral arms. 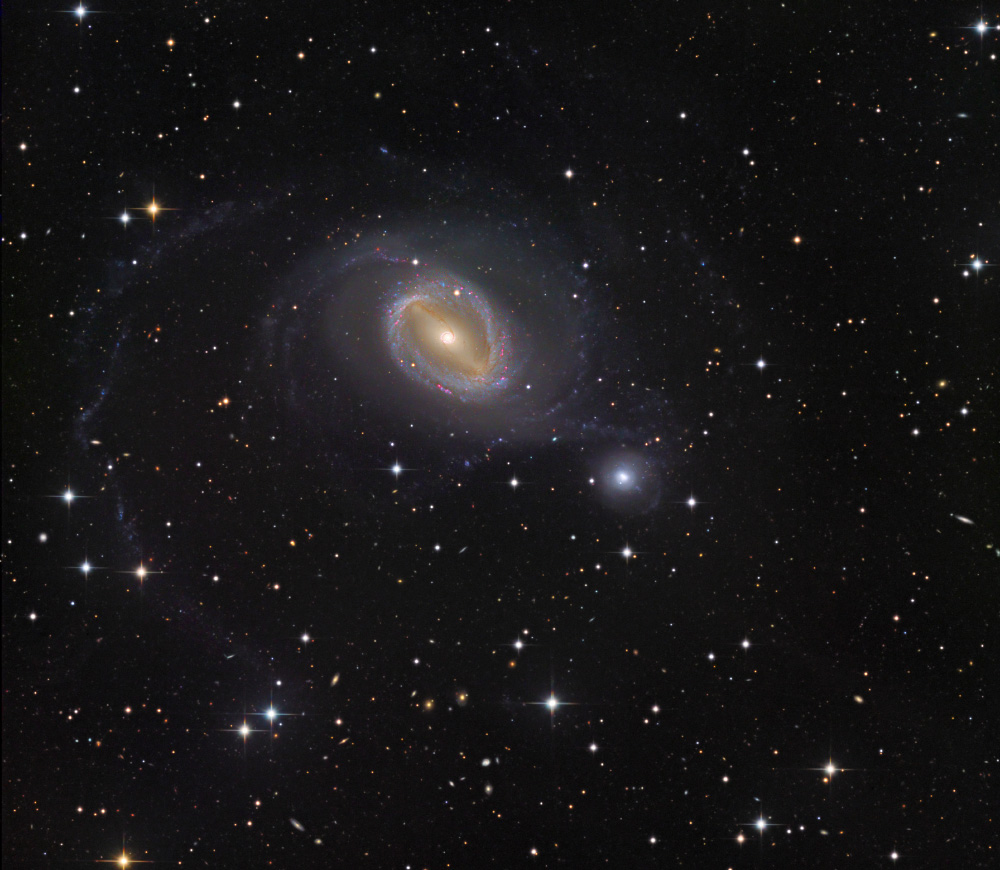 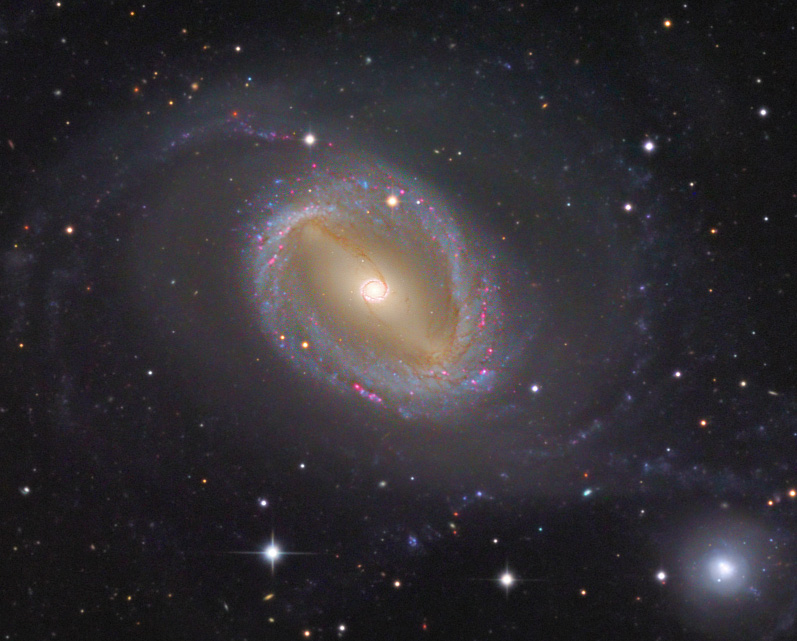