NGC 4567 and NGC 4568 (nicknamed the Siamese Twins or the Butterfly Galaxies) are a set of unbarred spiral galaxies about 60 million light-years away in the constellation Virgo.
They were both discovered by William Herschel in 1784. They are part of the Virgo cluster of galaxies.
These galaxies are in the process of colliding and merging with each other with the highest star formation activity in the part where they overlap.
However the system is still in an early phase of interaction. They were named "Siamese Twins" because they appear to be tightly connected.

To the right (north) the mag 12 elliptical galaxy NGC4564 is showing up.

Find the partly cropped image in 30/70% size below. 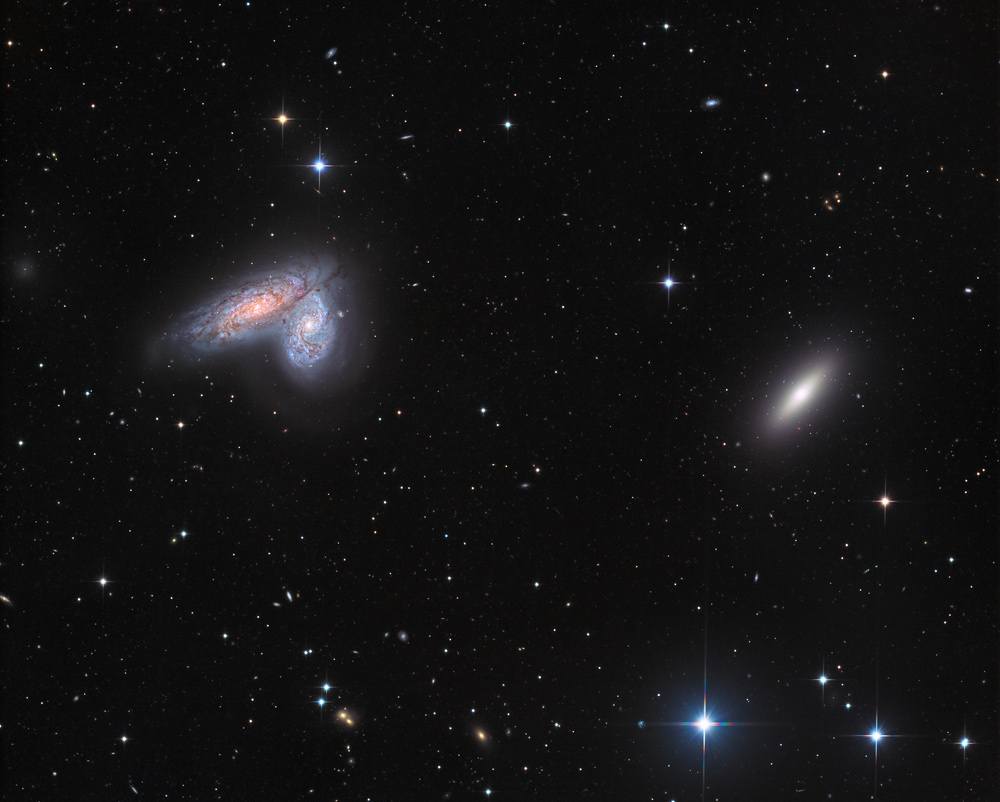 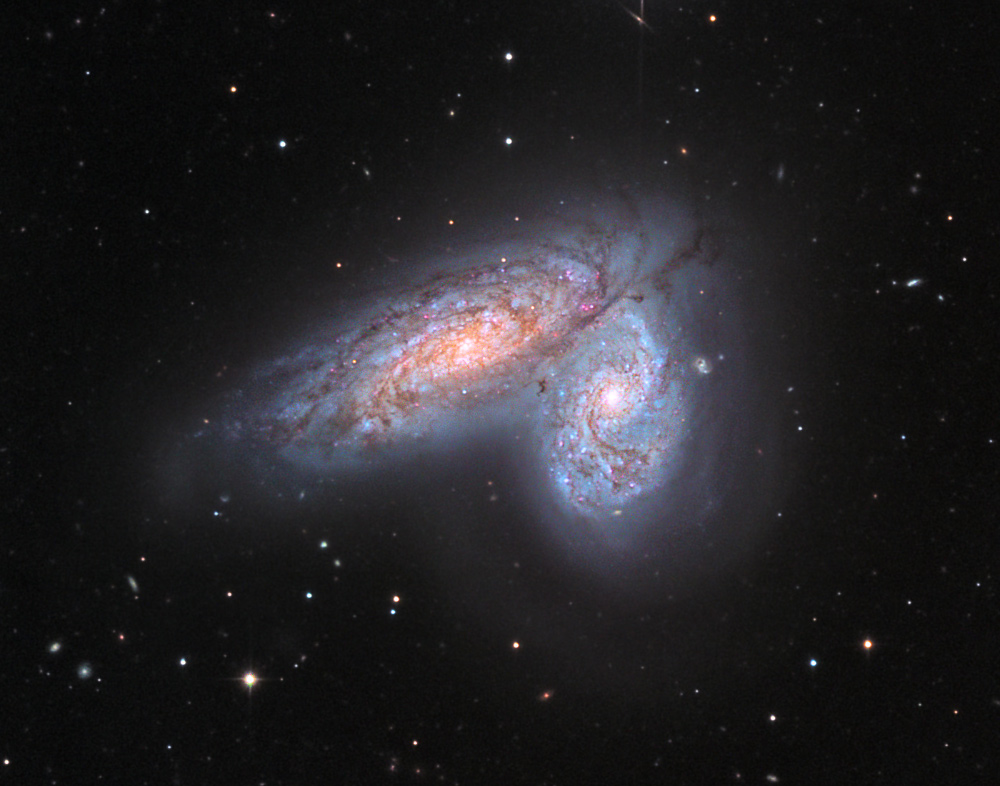